Leading where others manage 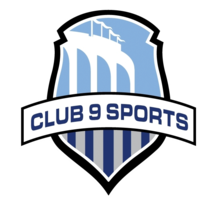 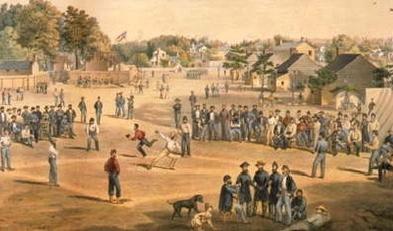 The name CLUB 9 dates back to the 1860s, when Union and Confederate troops played baseball games whenever they had a pause from the gruesome battles of the Civil War. Then, a side of players on a team was commonly referred to as “your club nine.”

CLUB 9 SPORTS, and the unique logo, were developed specifically to pay homage to the way in which sport influences our culture and to exemplify the purpose of the company. The blue and grey colors were chosen to depict a union of northern and southern cultures. The light blue color was chosen as a double entendre to represent the blue sky and to reference the kinds of opportunities we are pursuing in order to create value for our partners. The archetypical stadium represents the venues where our sports clients conduct business and is not based on any specific arena or stadium. The crest pulls all of the images together into one design that is meant to show our respect for the great sports teams in the world’s history while demonstrating our intention to use modern, best practices to improve the enterprise value of our portfolio companies.

“During war, following natural disaster and in the midst of economic hardship, sports have always provided an emotional escape for people from every race, religion and background. Although baseball was somewhat popular in larger communities on both sides of the Mason Dixon line, it did not achieve widespread popularity until after the Civil War had started. The mass concentration of young men in army camps and prisons eventually converted the sport formerly reserved for “gentlemen” into a recreational pastime that could be enjoyed by people from all backgrounds. For instance, both officers and enlisted men played side by side and soldiers earned their places on the team because of their athletic talents, not their military rank or social standing. Both Union and Confederate officers endorsed baseball as a much-needed morale builder that also provided physical conditioning. After long details at camp, it eased the boredom and created team spirit among the men. Often, the teamwork displayed on the baseball diamond translated into teamwork on the battlefield. Many times, soldiers would write of these games in letters home."
* Excerpt from Michael Aubrecht’s Essay entitled, “Baseball in Blue and Gray.

Where do i go?